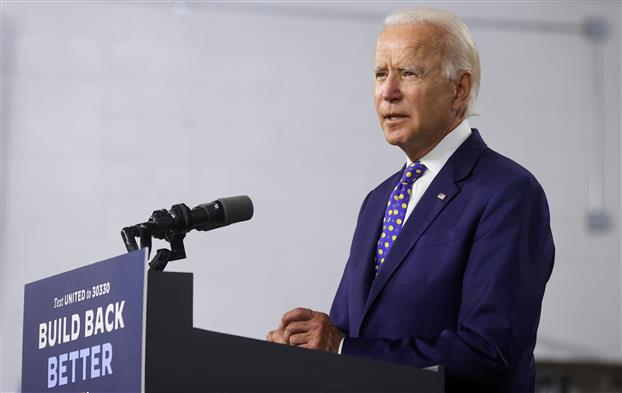 Should former Vice President Joe Biden win the White House in November, America will likely be in for a foreign policy about-face as Biden reverses, dismantles or severely curtails many of President Donald Trump’s most significant and boldest actions.

From the Middle East to Asia, Latin America to Africa and, particularly, Europe, and on issues including trade, terrorism, arms control and immigration, the presumptive Democratic nominee and his advisers have vowed to unleash a tsunami of change in how the US handles itself in the international arena.

With few exceptions, Americans could expect Biden to re-engage with traditional allies. Where the iconoclastic Trump has used blunt threats and insults to press his case, Biden, a former senator, would be more inclined to seek common ground.

Historically, US foreign policy hasn’t changed drastically as the presidency shifted between Democratic and Republican administrations. Allies and adversaries stayed the same and a non-partisan diplomatic corps pursued American interests.

That changed with Trump. Under his “America First” policy, he viewed both allies and the foreign policy establishment with suspicion, while speaking warmly of adversaries like North Korea’s Kim Jong Un and Russia’s Vladimir Putin.

But Trump found it hard to make swift changes. Academics often say that American foreign policy is like an aircraft carrier: easy to order a wholesale change of direction from the bridge but far more difficult and time-consuming to alter course.

Trump saw that when he was unable to extricate the US from the Iran nuclear deal for more than a year.

His well-publicized withdrawals from the Paris Climate Accord and the World Health Organization won’t actually become final until after the Nov. 3 election, if ever. His decision to redeploy thousands of troops from Germany could take years.

Trump’s initial problems may have reflected a lack of governmental experience by both him and his top advisers. That created a steep learning curve that was complicated by their intense distrust of national security institutions.

Biden, with his Senate and White House experience, may be better positioned to deliver on change swiftly.

Biden told reporters Tuesday in Delaware that he knows “how to get things done internationally.”

“I understand the national security and intelligence issues,” he said. “That’s what I’ve done my whole life. Trump has no notion of it. None.” Biden’s campaign also has assembled an experienced team of foreign policy advisers: Jake Sullivan served as deputy assistant to President Barack Obama and policy planning director at the State Department. Nicholas Burns had high-level foreign policy positions under Presidents George W. Bush and Bill Clinton.