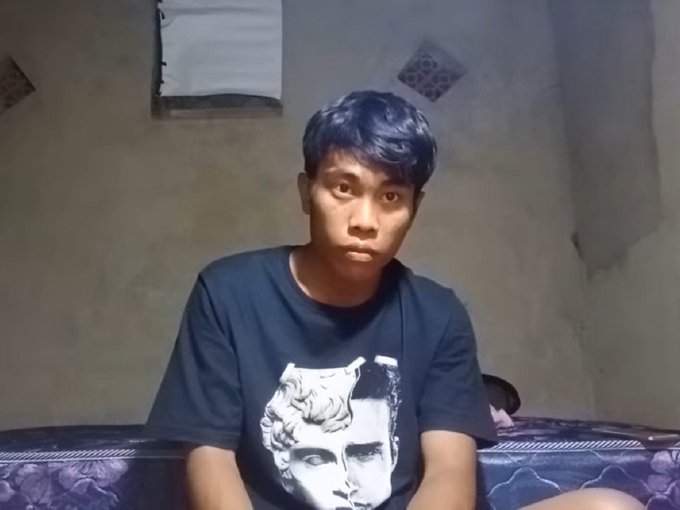 A YouTuber posted a video of himself doing nothing, but stare into the camera for over two hours. The clip titled ‘2 JAM nggak ngapa-ngapain’ translated into English as ‘2 hours of doing nothing’ was posted by Indonesian YouTuber Muhammad Didit.

Didit revealed that he was inspired to record the video after several users requested him to post content that educated youth.

“2 HOURS of doing nothing, yes that is the title of my video this time,” Didit wrote.

“Ok, maybe I should share a little bit why this video was made. It all started from the Indonesian society urging me lately to create content that educates the youth – finally with a heavy heart and reluctantly, I did. BOOM, thus the creation of this video but if we were to talk about its benefits, it all depends on you the viewers to filter and that is my only advice to all of you and hope that you will be entertained and benefit from this video,” he wrote in the description.

The viral clip has over 1.8 million views since being shared on July 10.

Netizens wondered what was he thinking while shooting the clip.

One user said: “A random guy doing absoultely nothing for 2 hours. 1.5 million people: Interesting…” Another wrote: “When you have all the time in the world, literally.” A third user commented: “He’s still breathing and doing slight movements. Oh he’s still fine! Though I wonder what he’s thinking within the whole vid.” Yet another said: “Imagine you did this then you forgot push the record button.” Another said: “I counted the blink of his eye and its 362 times.” To this, another user corrected him, and wrote: “You missed 1 mate recount it.”