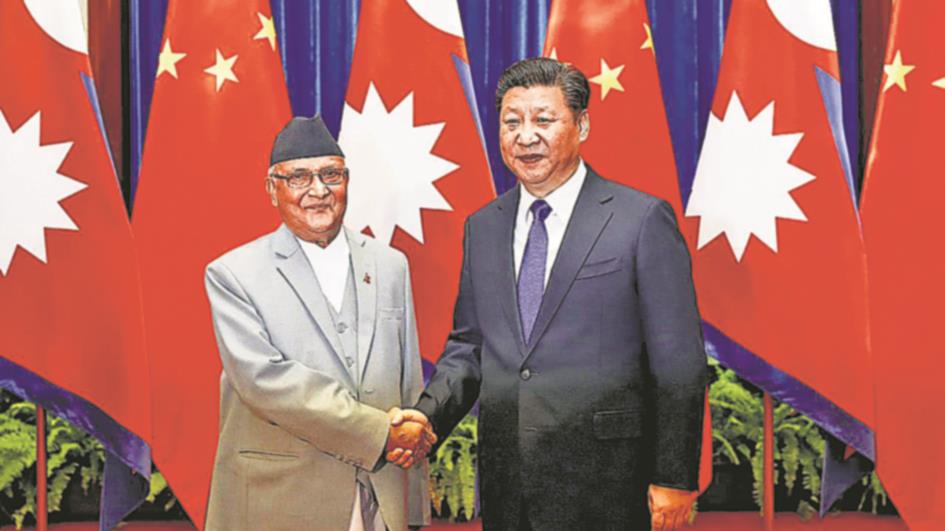 Chinese President Xi Jinping on Saturday said he wants to push for a continued advancement of ties with Nepal amid Beijing’s sustained forays to shore up pro-China Prime Minister KP Sharma Oli’s grip on power in the backdrop of intra-party feud in the ruling Communist Party.

In an exchange of congratulatory messages with his Nepalese counterpart Bidhya Devi Bhandari on the 65th anniversary of the establishment of diplomatic relations, Xi asserted that he was ready to work to bring greater benefits to the people of both countries.

The Chinese President said he attached great importance to the development of China-Nepal relations and was willing to work with his Nepali counterpart Bhandari to push for the continued advancement of the bilateral relationship.

Xi, also General Secretary of the ruling Communist Party of China, said since the establishment of the diplomatic ties, the two countries have always respected each other, treated each other as equals, enhanced political mutual trust and deepened mutually beneficial cooperation.

Noting that he and Bhandari exchanged visits last year and elevated the bilateral ties to a strategic partnership of cooperation featuring ever-lasting friendship for development and prosperity, Xi said the two sides have stood together through thick and thin in the fight against the Covid-19 and have written a new chapter of friendship between China and Nepal, state-run Xinhua news agency reported. Chinese Premier Li Keqiang and his Nepalese counterpart Oli too exchanged greetings. — PTI