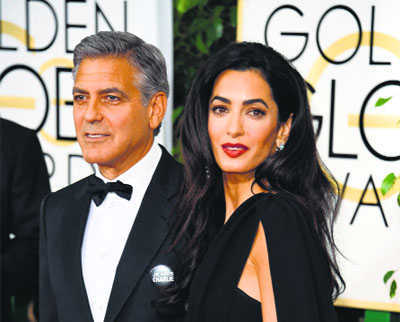 Human rights lawyer Amal Clooney has quit her role as Britain’s special envoy on media freedom in protest at the country’s intention to breach international law over Brexit-related legislation.

The British government has drafted a bill that it acknowledges would violate its international legal obligations and undercut parts of the divorce deal it signed before Britain formally left the European Union in January.

Prime Minister Boris Johnson has said the bill was essential to counter “absurd” threats from Brussels but it has prompted resignations and the threat of a rebellion by lawmakers, which appears to have been averted after a compromise was reached.

“It is lamentable for the UK to be speaking of its intention to violate an international treaty signed by the Prime Minister less than a year ago,” said Clooney, who is married to actor George Clooney, in a letter to foreign minister Dominic Raab.

“It threatens to embolden autocratic regimes that violate international law with devastating consequences all over the world,” she wrote. Reuters