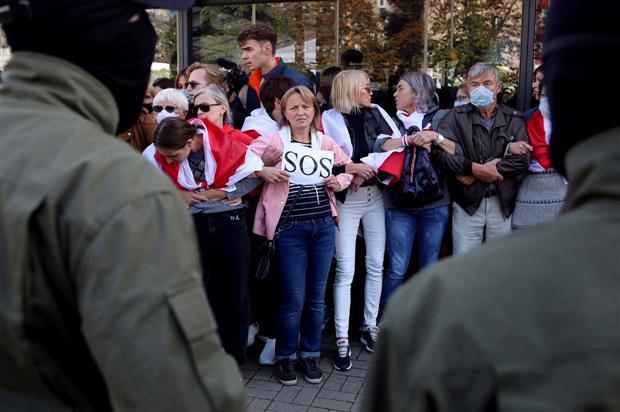 People were gathering for a rally in Minsk and other cities, calling for veteran leader Alexander Lukashenko to step down.

Mass street protests have rocked Belarus since presidential elections in August, at which Lukashenko claimed a landslide victory in a vote his opponents say was rigged. Reuters