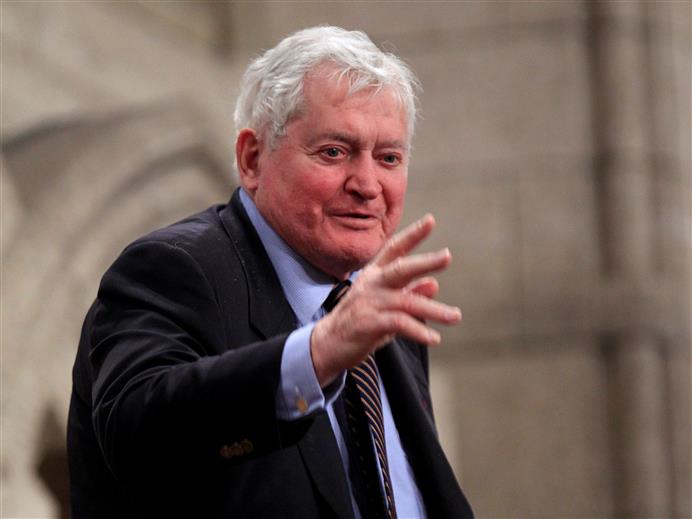 Former Canadian Prime Minister John Turner has passed away at the age of 91 at his residence in Toronto.

He died on Friday night, the BBC quoted Marc Kealey, a former aide speaking on behalf of his relatives, as saying to the Montreal Gazette. He is survived by his wife Geills and four children.

In a statement confirming his passing, the Department of Canadian Heritage on Saturday called Turner “an accomplished lawyer and politician, (who) was recognized for his personal integrity and commitment to democracy, reports CBC News Canada.

“Through three decades of public service as a cabinet minister, Leader of the Opposition, and 17th Prime Minister of Canada, he was tirelessly devoted to upholding Canadian values and principles.” The statement said funeral information would follow.

Turner, who spent decades in federal politics as a cabinet minister and Liberal Party leader during some of the most turbulent moments, led Canada for 79 days in 1984 — the second-shortest time in office of any Prime Minister.

Born in 1929 in England, Turner moved to Canada as a young child and grew up mostly in Ottawa, reports Xinhua news agency.

Turner entered Canadian politics in 1962, winning a Montreal seat for the Liberal Party.

During his political career, Turner held several prominent cabinet posts, including minister of justice and minister of finance under then Prime Minister Pierre Trudeau from 1968 to 1975.

As justice minister, he defended reforms to Canada’s Criminal Code that paved the way for LGBTQ rights and legal abortions.

But in the finance ministry he faced economic pressures due to the global oil crisis.

Turner surprisingly resigned his position in 1975 after arguments with Trudeau.

After a hiatus from politics from 1975 to 1984, he returned and successfully contested the Liberal leadership.

Turner resigned as Liberal leader in 1990 and retired from politics in 1993.

In his message mourning Turner’s death, Prime Minister Justin Trudeau said on Saturday: “John Turner was one of a kind. An honourable gentleman and an upstanding Canadian, John cared deeply about democracy, equality, and those he served.

“His optimistic outlook, energetic approach, and tireless service inspired many – and our country is a better place for it.”—IANS