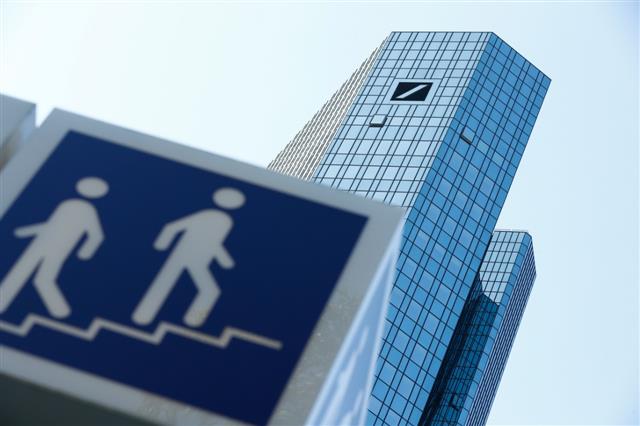 Global banks faced a fresh scandal about dirty money on Monday as they sought to limit the fallout from a cache of leaked documents showing they transferred more than $2 trillion in suspect funds over nearly two decades.

US-headquartered JPMorgan Chase & Co and Bank of New York Mellon Corp were among the lenders named in the report by the International Consortium of Investigative Journalists and based on leaked documents obtained by BuzzFeed News.

The report was based on 2,100 leaked suspicious activity reports (SARs), covering transactions between 1999 and 2017, filed by banks and other financial firms with the US

Department of Treasury’s Financial Crimes Enforcement Network (FinCen). Banks are required to file an SAR whenever handling funds that cause grounds for suspicion of criminal activity.

While some banks said many of the transactions happened a long time ago, and they had since put robust checks in place, the reports revealed broader problems with the monitoring system at the heart of global policing of money laundering and other criminal activity.

The reports drew calls from some industry groups and activists for reforms. Investors worried about the potential fallout for global banks, many of which have faced hefty fines in the past for lapses in controls and spent billions of dollars to bolster compliance.

“It confirms what we already knew: that there are huge amounts of SARs being filed with relatively low numbers of cases brought through to prosecution,” said Etelka Bogardi, a Hong Kong-based financial services partner at Norton Rose Fulbright.

The Institute of International Finance, an industry group, called for reforms. “There is a balance to be struck between managing financial crime risk and ensuring access to the financial system for legitimate customers,” the IIF said.

HSBC and StanChart shares touched their lowest level in as much as 25 years, although they fared little worse than their peers amid a wider sell-off in global stocks.

JPMorgan and Bank of New York Mellon, which were also in the top five banks mentioned most frequently in the SARs, fell more than 4 per cent each during midday trading in New York.

Shares of Deutsche Bank, which was involved in the largest number of SARs in BuzzFeed’s dossier, were down more than 8 per cent at one point on Monday morning following the reports.

Several analysts, however, played down the scale of problems.

“Unless there are more substantive allegations of fact, we expect that this article will not have lasting impacts on the industry or stock prices,” Chris Kotowski, analyst at Oppenheimer, wrote in a note.

Bank shares were also pressured on Monday by other news, including worries about the resurgence of the coronavirus in Europe.

Deutsche Bank said the issues raised in the media reports were “historic,” while the German Finance Ministry said on Monday that the cases linked to Germany in the reports had already been dealt with.

HSBC also said the information in the reports was historic, while Standard Chartered pointed to recent investments to improve its control procedures.

BNY Mellon said it fully complied with all “all applicable laws and regulations.” JPMorgan said it has “thousands of people and hundreds of millions of dollars dedicated to this important work.”

Many of the suspicious transactions were linked to companies incorporated in Britain or offshore British territories, prompting calls from action groups for tougher rules.

“If the government cares at all about the UK’s reputation globally, it must stop rolling out the red carpet to the criminal and corrupt, and refuse to legitimize their money through our companies and banks,” Global Witness said.

The UK government said it was working on reforms to its corporate registry system that will require more checks on company directors.

Global banks in recent years have boosted investments in technology and staff to deal with tighter anti-money laundering and sanctions regulatory requirements across the world.

Thousands of clients were booted out of bank accounts in major wealth hubs including Hong Kong and Singapore after a money laundering scandal in Malaysia, the “Panama Papers” expose, and a global push for tax transparency.

Compliance experts said that part of the problem now was banks were struggling to distinguish between transactions that were and were not suspicious, so were simply filing millions of SARs that enforcement agencies lack the capacity to deal with.

“Lots of banks are struggling with high false positive rates and the backlog (of existing cases). That’s why you see that sometimes SARs were raised over 100 days after the transaction,” said Cliff Lam, a director at AlixPartners in Hong Kong. — Reuters