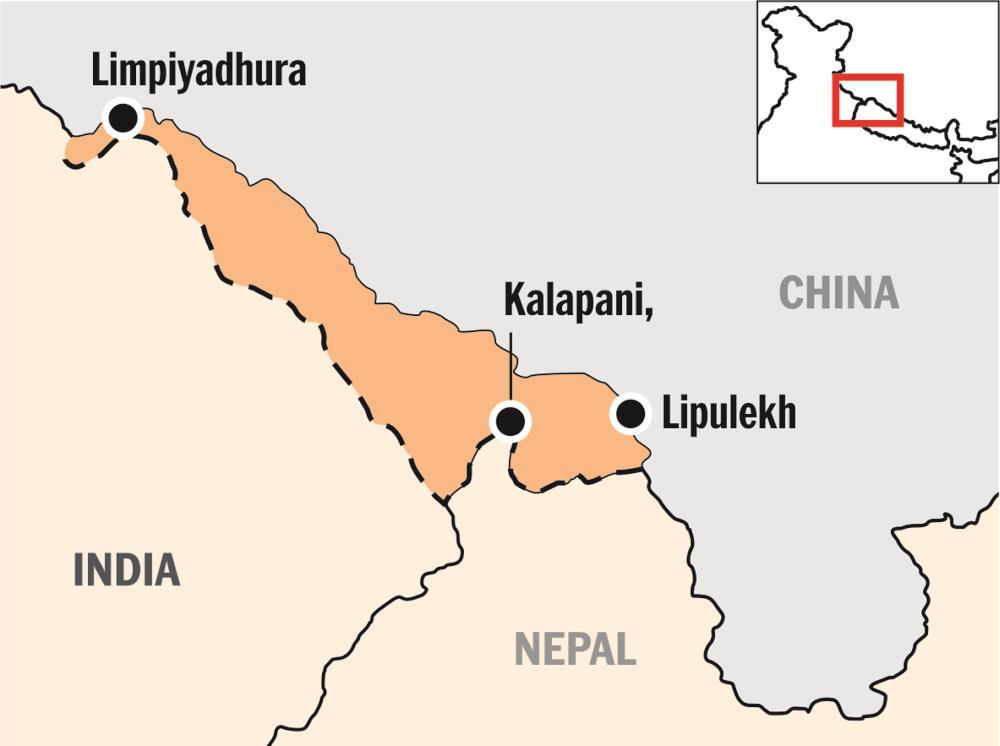 Nepal has stopped the distribution of a books that include the country’s revised political map showing three strategically-important Indian areas as part of its territory, saying there were a number of factual errors in it, according to a media report on Tuesday.

The Ministry of Education does not have the authority to change Nepal’s geographical area and there are errors in the books. — Spokesperson, Ministry of Land Reform

India has already termed as untenable the “artificial enlargement” of the territorial claims by Nepal after its Parliament unanimously approved the new political map of the country featuring the Lipulekh, Kalapani and Limpiyadhura areas, which India maintains belong to it.

A Cabinet meeting on Tuesday instructed the Ministry of Education not to distribute and print any more copies meant for classes IX to XII as there were some reservations from the Ministry of Land Management and Cooperatives and the Ministry of Foreign Affairs, The Kathmandu Post reported.

“The Department of Survey, which is the official agency that declares the total area of the country, however, hasn’t made any decision on the area,” Joshi said. — PTI