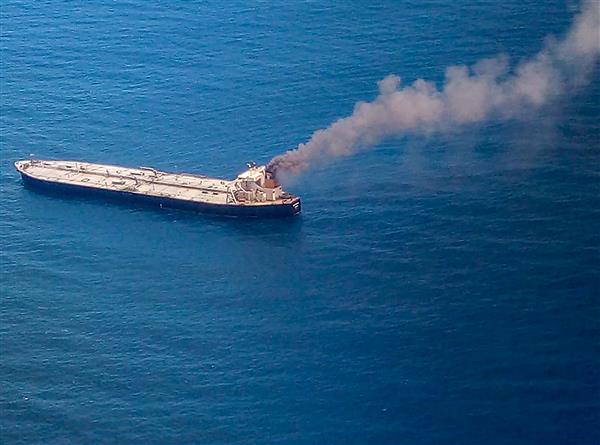 The owners of the Greek-owned oil tanker that caught fire off Sri Lanka’s eastern coast have agreed to settle the claim of USD 1.8 million, officials said on Thursday.

They agreed to pay the amount a week after Sri Lanka’s Attorney General Dappula de Livera staked a claim of USD 1.8 million for the costs incurred on dousing the fire on board the Panama-registered tanker MT New Diamond on September 3.

New Diamond, a vessel under charter by the Indian Oil Corporation, was carrying 270,000 metric tonnes of crude oil from Mina Al Ahmadi port in Kuwait to the Indian port of Paradip when a boiler explosion in its engine room caused a fire off the coast of Sangamankanda in Ampara district.

A Filipino crew member died and another was injured in the incident.

The Sri Lanka Navy with the help of Indian counterparts and coast guard doused the fire after great effort.

The New Diamond’s owners have told the Attorney General of their willingness to meet the interim claim.

The Attorney General had ordered the police to record a statement from the captain of the ship.

The Colombo chief magistrate court later ordered the captain of the oil tanker to appear before the court on September 28.

He was to be charged for committing offences under the Marine Pollution Environmental Protection Act.

The ship is currently in the seas 70 nautical miles east of Batticaloa in the east and 129 kilometers away from the Batticaloa coast.

Some five ships of Indian coast guard and one Indian Navy ship engaged in fire-fighting, the Sri Lanka Navy said early this month.

The tanker had 23 crew members – 18 Filipinos and five Greeks. Twenty-two of the 23-member crew had been safely rescued off the tanker. PTI