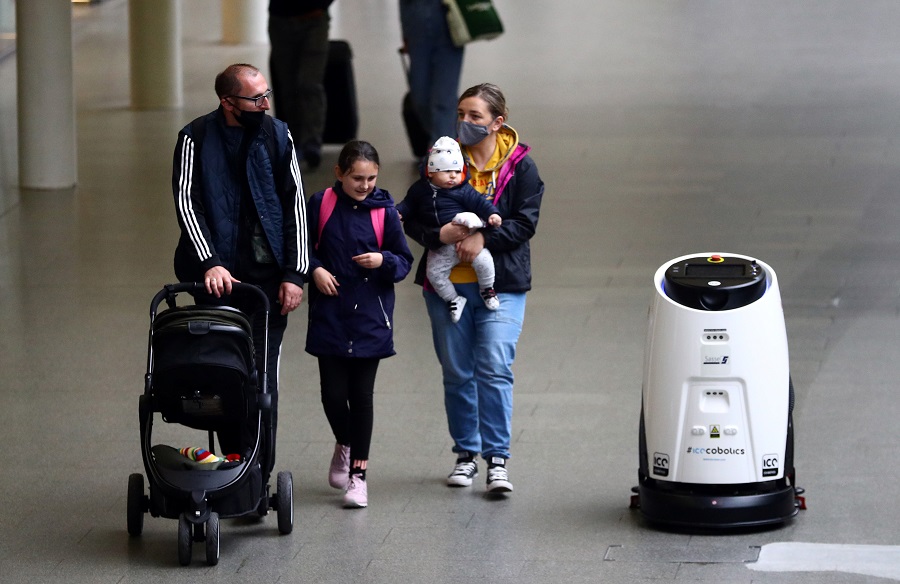 Robots that can kill the coronavirus with ultraviolet light have been brought in at one of London’s biggest train stations, St Pancras International, as it tries to restore customer confidence in the safety of travel hubs.

Stations suffered a blow on Tuesday when Prime Minister Boris Johnson told people to work from home again where possible and also ordered restaurants and bars to close early to tackle a second wave of COVID-19 infections.

St Pancras International saw 34.6 million entries and exits in the year to March 2019, the most recently available yearly data from the Office of Rail and Road (ORR), making it the ninth-busiest station in the country. The ORR has said the pandemic caused a dramatic fall in rail usage.

“The main thing for us is to get the confidence of customers,” said Jay Newton, Head of Stations Engineering and Operations for the High Speed One Channel tunnel rail link.

The robots use ultraviolet light to sweep large areas without the need for chemical disinfectant, the station said, adding the technology could kill nearly 100% of bacteria and viruses – including the coronavirus – on surfaces and in the surrounding air in minutes.

St Pancras International is the terminus of the Eurostar link to Paris, Brussels and Amsterdam, and also shares links to six London Underground lines with neighbouring King’s Cross station. Reuters