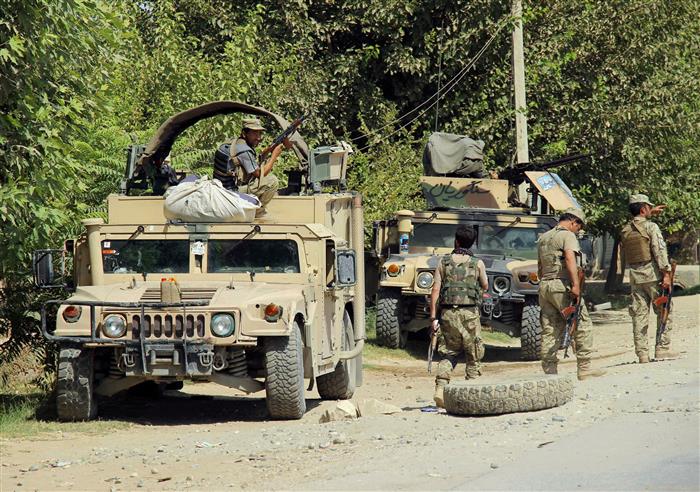 The Taliban launched a wave of attacks on security checkpoints in southern Afghanistan overnight, killing a total of 28 Afghan policemen, officials said on Wednesday.

The violence comes even as Taliban leaders and Afghan government-appointed negotiators are holding historic peace talks in Qatar, a Mideast country where the Taliban set up a political office after they were toppled from power in the 2001 US-led invasion of Afghanistan.

The negotiations, which started earlier this month, are meant to end the fighting and establish a roadmap for a post-war society.

According to the provincial governor’s spokesman Zelgay Ebadi, the attacks started late on Tuesday in southern Uruzgan province.

A Taliban spokesman, Qari Mohammad Yousuf Ahmadi, claimed responsibility for the attacks and said the insurgents carried them out after the police in the area refused to surrender to the insurgents.

Ebadi, meanwhile, said the policemen were killed after they had surrendered.

The discrepancy in their accounts could not immediately be resolved. The remoteness of the area makes it impossible to independently verify either version of events.

Reinforcements were not able to get to the outposts to save the besieged officers but Ebadi said Afghan security forces were later back in charge of the checkpoints. The Taliban seized weapons found at the scene before fleeing the checkpoints.